JAY QUAYSON - TAKE YOU TO LONDON 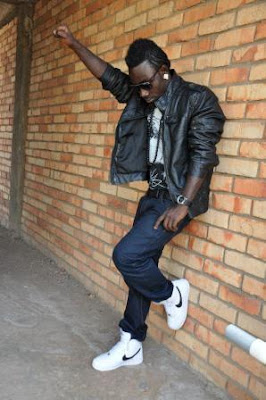 Talented songwriter and singer, Jay Quayson, formerly known as Blaq Out is set to satisfy the hunger of his fans with his debut album after laying low over the past years writing songs for other artistes.

His amazing voice contributed in making Guru’s controversial song ‘Maa Kuo’ a hit and the club-banging song ‘Last One’ which happens to be Tiffany’s hit song also had the talent of Jay Quayson featuring in the song writing process.

Jay Quayson is expected to drop few singles off the album before its official release as he already he released ‘Game Over’ featuring Guru last year.

With the support of his management Issy Wizzy Entertainment, a UK based record label, Jay Quayson is back again with yet another mind blowing single titled ‘Take You To London’ and on a surprising note, the brand new single is receiving great publicity and air-plays.

Jay Quayson believes the future of Ghana Music is here with us and we have to embrace it with good music.
Other artistes have discovered how great the voice of Jay Quayson is and thus featuring him in their songs.