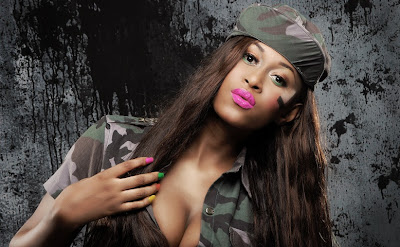 One Blood is a track off Cynthia Morgan's upcoming mixtape. The song was originally done by American popular rapper “The game”. One Blood was recorded a while back and due to popular demand a video was shot. One Blood introduces Cynthia Morgan into the Rap/Hip Hop world.

High High High ( Kuchi Kuchi)  the official single video would be released 2nd quarter of 2013.  Cynthia Morgan intends to drop several songs and videos in 2013 to reach out to a wider audience.