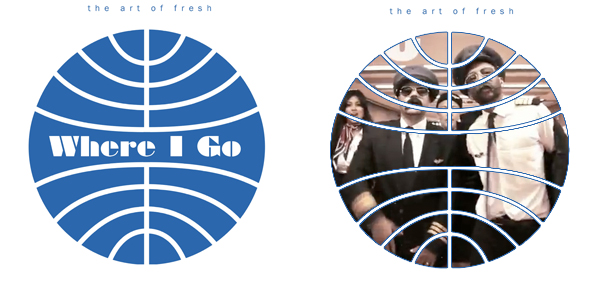 Art of Fresh is a hip-hop duo with soul that is made up of Guinness World Record holder D.O. (Defy the Odds) and JUNO Award winning producer Slakah the Beatchild.  In 2013, the group is set to release 'Where I Go', the first single from their upcoming third album “Good Morning Yesterday” currently set for release 17/09/13

The Toronto, Canada based duo has had a track record of worldwide success with their releases.  The groups’ debut album, Back to the Earth (Northstarr / Nova Music Group / Universal), released in 2008, earned a four star review in Eye Weekly and also reached #2 on Canadian college radio charts.  The album also helped Art of Fresh land a spot in the URB’s Next 1000 list and a performance on Canada’s MTV Live.  The duo toured nationally, first opening for Sweatshop Union and then headlining two tours.  Then the group headed on an Asian tour with stops in Japan and Taiwan.  They landed in national newspapers The China Post and The Taipei Times and played to packed shows.
Art of Fresh has performed at Winter Music Conference in Miami, CMJ in New York City and rocked a College University tour stateside as well.  Their music has been used in campaigns from Volkswagen, Chevrolet, and Orville Redenbacher popcorn.  They have also performed throughout Europe with a showcase at MIDEM in France, New Skool Rules in the Netherlands, and rocked several shows in the UK.
The group met in the small city of Sarnia, Ontario where they both attended the same high school, but not at same time.  D.O. was in university when he got word of the young beat-making prodigy Slakah. The age gap between the two contributes to the groups’ unique sound, which is the perfect blend of old school meets new school and can best be described as Tribe meets Outkast.  D.O. grew up in the 80s, a time known as the golden era of hip-hop, while Slakah was exposed to the neo-soul influenced hip-hop of the 90s.


Listen to The "art of fresh"