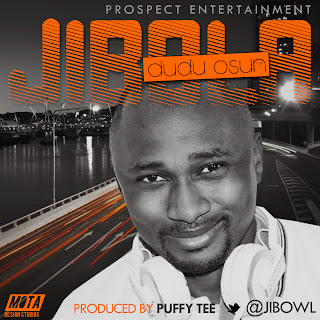 Jibola was born in Ebutte Metta, Lagos Nigeria to Yoruba parents, he began singing at a very early stage of his life but unfortunately kept his talent away from his parents because of the negative meanings attached to having a career in music back then. He took his music more seriously while studying Microbiology at the Ahmadu Bello University, Zaria Nigeria and later became member of a group called Konga (African drum). Jibola's musical experience with Afro R&B group Konga Jibola ( Ajibola Awosanya), Bohlar (Kazeem Jaiyesinmi), and Blacky (Niyi Banjo) was in the late 90s. The group released a single titled Funmi which did not enjoy much airplay as a result of poor promo amongst over factors that affected the group before he decided to go solo. Jibola took part in music competitions and performed at faculties and departmental engaments while at the University and the most remarkable one was when he was named runners up to amazed Segun Arinze who was host of the even at the Ikorodu Town Hall, Lagos Nigeria in 1995.
Jibola recorded 10 tracks album (unreleased) titled New Day in 2006 in London featuring tracks like Wafarian girl, Feel me flow, No more ft Wasiu Alabi Pasuma, Noone else ft IceK of Artquake, New day ft Tony Tetuila, Religion and Tradition and the rest. All the songs produced by Omololu Ogunleye (Juppa, Baby tete wale producer).

He was nominated for Beffta Awards UK 2010 best urban artist. Jibola loves to perform on stage no doubt. He has performed in front of sold out crowds at major concerts alongside Nigerian top artistes like P Square, 9ice, Ikechukwu at the 2,350 capacity Indigo O2 (A.Y live concerts) London and (bird Cage) Manchester and 2,600 capacity Troxy London.

SO FAR SO GOOD (THE ALBUM)
Jibola is yet to release an album but his much anticipated album is scheduled to be released soon. The title "So far so good" because its an album he's been recording since 2009 but it's promising. Producers currently on the project are Puffy T, JJC, Terry G, I.D Cabassa, D J Zeez, Key Note, Sam Cleff, Hez Thuo (London based) and Flip Tyce. Artistes on the project includes Ruggedman, Sound Sultan, Terry G, JJC, Jaywon, Klever Jay, Tillaman, K-Lord (South London rapper) and Puffy T. Five top quality videos already shot and directed by JJC and Patrik Ellis.
Jibola loves watching movie, never drinks nor smokes, football lover (a hard core AC Milan supporter) and a down to earth diplomatic person.