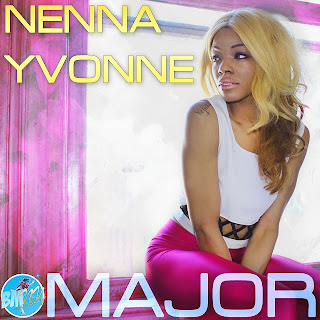 Fox News describes her as an "International Multi-talented Force", Billboard Magazine and Music Choice describes her as the "African Lady Gaga", MTV described her as the "New Age Glam Pop Diva" but for the USA Songwriter Award winning artist, its a rooted passion that has driven her to creating her viral power house through social media. With over half a million views on one of the worlds largest Urban Music blogs; Media Take Out. Nenna Yvonne has been ranked alongside such artists as Rihanna, Lady Gaga, Kelis, Nicki Minaj, Janet jackson and Grace Jones. Proving her grassroots approach to garnering hundreds of thousands of fans through social media is a clear indicator of mainstream success!

At age 21, the Nigerian-born/New York-raised pop princess already has the talent, pedigree,looks, and desire to reign over the charts indefinitely.! Recently Nenna Yvonne premiered her latest single 'Kuru Kuru 360' in Tokyo with Platinum Selling & Gold Disc winning producer Daisuke Hinata. Her international release and tour has gained her fans all across the globe stretching from Tokyo, Africa and all across Europe.

Nenna Yvonne is back with a new single, MAJOR which was released on her birthday, March 30th, 2013.