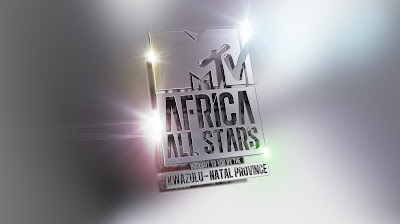 
“MTV Africa All Stars” - brought to you by The KwaZulu-Natal Province, taking place at the Federal Palace Hotel on Saturday 13 April 2013, is part of the sensational new pan-African music and youth empowerment campaign that salutes the star quality and widespread appeal of contemporary African musicians, and provides exposure to the continent’s hottest musical innovators and pacesetters.  Hosted jointly by MTV Base (DStv Channel 322) and the KwaZulu-Natal Province, MTV Africa All Stars also aims to raise the international profile of KwaZulu-Natal as a premier destination for tourism and economic development.

Having already visited Durban on 28 March and Nairobi on 5 April, the All Stars tour will culminate in the inaugural MTV Africa All Stars concert in Durban, South Africa, on 18 May 2013, headlined by entertainment icon and multi-platinum artist Snoop Lion (@SnoopLion), aka Snoop Dogg.  The “Reincarnated” rapper, singer-songwriter, producer, actor and reality star will perform alongside the most popular contemporary artists from across the African continent at Moses Mabhida Stadium, People’s Park, Durban.  The concert will subsequently broadcast around the world as part of MTV’s acclaimed World Stage franchise on MTV Base (DStv Channel 322) and MTV’s global TV network.

Speaking on behalf of MTV Base, Alex Okosi, Senior Vice President & Managing Director, Viacom International Media Networks (VIMN) Africa commented, “We are delighted to partner with KwaZulu-Natal to bring the MTV Africa All Stars concept to Africa and the world. MTV Africa All Stars will further establish KwaZulu-Natal as a world class destination for culture, music and business. Through engaging live events, television specials and digital activations, MTV Africa All Stars offers a range of diverse platforms through which music fans can connect with and experience the extraordinary talent, variety and craftsmanship of the continent’s most exciting contemporary musicians.”

Commented Desmond Golding, Head of Department of Economic Development and Tourism, KwaZulu-Natal Province, “We are delighted to partner with MTV Base on this exciting and multi-faceted partnership that will focus the world’s attention on KwaZulu-Natal, and underline our reputation as one of the region's key economic and tourism hubs.  As an important part of our 'Vision 2030", the All Stars campaign will allow us to achieve our goal of positioning KwaZulu-Natal as a gateway to South Africa and the rest of the continent, while building our profile as a centre for trade, commerce and investment.”

To find out more about the MTV Africa All Stars, please go to www.mtvbase.com, join us on Facebook at http://www.facebook.com/MTVBaseVerified, or follow us on Twitter @MTVBaseAfrica, using the hashtag #AfricaAllStars.