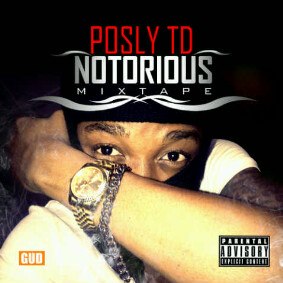 PoslyTD's Emini was produced by Sossick and topping charts across for over two weeks including The Top Ten Nigeria coundown on Soundcity,  The emerging super star rapper is also working on the 'Notorious' mixtape, here's an offering into what to expect, as the youngster raps over the beat for the late American rap legend, Notorious B.I.G's Notorious track.

Posly TD had his early life in the UK, he's born into a Royal family of the late OOni of ife , the First African governor of western region Sir Adesoji Aderemi
Posly has worked wit producers such as Sossick, TY mix, OJB, EX-O, to mention a few. He has also performed along side MI, Rugged man @ the Ovation Red carol... Beyond being an amazing rapper, he is a dancer, and he sings too.

The song writer had released songs like 'Good loving' which he shot a video for, Rising Star. Check on the new mixtape material titled 'Notorious' and still chat topping video for 'Emini', directed by Mr Moe Musa.