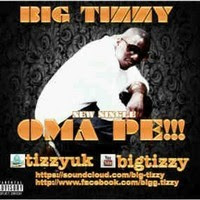 He started out as a Disc Jockey back in secondary school at an early age, and grew up listening to his grand dads musical collection which comprises of mainly classic FUJI TUNES. This is highly noticeable in his music as he fuses UK-Naija Hiphop together with his mellow but charming FUJI VOCALS. Hisversatility simply sets him apart especially in the United Kingdom where theres so many diverse cultures.The video from his much anticipated single called FAAJI is out now and its getting ernomous BUZZ right about now in the UK and Nigeria. so watch out for that; for those that dont know about it yet. Also there's the debut album in the pipeline entitled MY "PRODUCT" that include tracks such as SKANKING TUNE, TALK 4 ME e.t.c.


He is part of the multitalented group "166 FAMILY" that includes: BIG TIZZY, DOLA-BILLZ, ASPANDA, And they currently have a few hit tracks out at the moment like PU'YANGA by & DOLA BILLZ , also I'm FLY by ASPANDA and FAAJI by BIG TIZZY They are currently finalising the groups album(166 project) called"JEUN LO" which definately showcases the ernomous talent within the FAMILY. He is currently on tour in the UK with the 166 FAMILY promoting their much anticipated project at the moment performing at places like london o2 idingo with D’banj koko concerts, manchester, dublin, cardiff, italy. e.t.c. And there is also the NAIJA TOUR to follow after as well. So the team really puts in serious work and 166 family has been nominated for some awards in the uk and nigeria. He has also worked with the UK-based artist called HIGH COMMISION by featuring on couple of their songs. He is currently based in the United Kingdom, but his fanbase definately spreads from the UK to major African countries as well. Without a doubt, this is definitely one artist that is sure to take the music scene by storm.