DON JAZZY GETS HIS GROOVE BACK (IDJA) 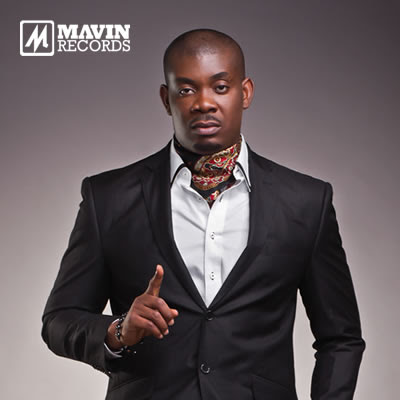 Wednesday, May 8, 2013, marks exactly one year that Michael Collins Ajereh publicly decided to chart a new course for himself with the birth of Mavin Records-home to the Mavin League. It also marks his birthday.
The last 12 months have been clouded with several can he get it right alone? Would he pull it through all by himself?

When news circulated that Don Jazzy and Dbanj had split last year it was also said that he left with all Don Jazzy’s catalogue. Of course everyone thought that would be the end of him.
And considering the obvious fact that the last one year has become symbolic as one of the most trying periods for the Nigerian entertainment industry, it has also become a symbolic year in the life of the man who is now known and well referred to as Don Jazzy.

Not many had given him the slightest opportunity to prove his worth-accusations were flying around-but Don Jazzy remained resolute, determined and undeterred in his decision to break even with the MAVINS. Don Jazzy has successfully remained relevant, steadfastly cooking up beats-as much as he can, churning out productions that has left the music industry in a state of frenzy. He has bounced back from scratch!
Has he succeeded? That varies largely on your definition of success but with over a dozen hit productions this year-Take Banana, Oma Ga, Amarachi, Goody Bag, Kick, Without my heart, Rotate, Lady Don Dada- in the last one year, one can only pat the beefy producer on the back for daring to dare and standout! He has bounced back from scratch!

From Tiwa Savage to Wande Coal, D’Prince and Dr. Sid, it’s obvious that Don Jazzy has structured a way out for himself and his league of Mavins.

However, only few people want to understand the obvious fact that the 31 year old music producer, whose wizardry has become one of the most talked about revolutions in the Nigerian music industry, remains the regular man who can be caught tweeting on popular micro-blogging network site, Twitter, as Don Jazzy, or the young man that has decided to give back to that major society that has consistently supported him. Without attracting undue possession, the term, IDJA (It’s Don Jazzy Again) became one of Nigeria’s most trending and popular 4-letter word on Twitter.
Although mystery remains his strongest point, Don Jazzy, has left Nigerians-in Nigeria and its diaspora- wondering who and where he hails from.

Michael Collins Ajereh was born on November 26, 1982.A Nigerian Multi award-winning record producer, singer-songwriter, musician, former CEO of Nigerian record label Mo' Hits Records founded in 2004 and current CEO of the Mavin Records label which he founded in May 2012.

Michael had always had a flair for music, singing and playing the drums from the age of 4. He developed a passion for the bass guitar at the age of 12, He went on to study Business Management at the Ambrose Alli University Ekpoma in Edo stat before he moved to London in the United Kingdom in 2000 after his uncle invited him to come play the drums for the neighborhood Church.

Various odd jobs followed including working at McDonalds and as a security guard. Already imbued with an intimate knowledge of traditional and percussion instruments, Don Jazzy further built on his musical knowledge during his UK stint. Finding fellow kindred spirits in the likes of Solek, JJC, The 419 squad and D’Banj, the gang would spend unrelenting hours practicing, recording and performing different types of music.

Jazzy’s appetite for a full-time career in music could no longer be satiated when, in 2004, he partnered with D’Banj to set up the Mo' Hits label. Within two years, the prolific producer had wrapped up two albums (No Long Thing and Rundown/Funk You Up) with his former Mo' Hits partner and was working on a third, Curriculum Vitae. By this time, he had already started becoming a household name with the trademark intro – It’s Don Jazzy Again!

In 2008 there were further production credits for the best selling album of that year; The Entertainer Don Jazzy repeated the trick with Wande Coal’s Mushin 2 MoHits, an album that was described as one of the best albums to ever come out of Nigeria.

Although not acknowledging himself as a recording artist, he is responsible for doing most Background Vocals for Artists he produces for and sometimes does complete verses. His musical dexterity can be heard through his beats and well calculated vocals he assists to the likes of D'Banj, Sauce Kid, Dr SID, Ikechukwu, Kween, D'Prince and even Jay-Z and Kanye West on their Watch The Throne track Lift Off, featuring Beyoncé.

In 2011 his talents got him noticed by Kanye West who signed him up as a producer on his GOOD Music label.With over a 100 production tracks to his name, the understated genius has worked with a host of local and international celebrities. In spite of his whirlwind superstardom, Don Jazzy has never forgotten his humble beginnings.

On the wake of the split up of Mohits, Samsung unveiled their "Built for Africa" products and Don Jazzy was signed on as their spokes person.

On May 8 2012, Don Jazzy said, “The way forward now is to make sure I keep bringing you guys more of the beautiful music you all love to dance to,” He kept his promise of a new beginning, as he announced the birth of Mavin Records.

The multiple award winning producer and philanthropist has activated several fans with several music productions and hit songs leaving It’s Don Jazzy Again, IDJA on the lips of every one that matters. It’s a year now and needless to say Don Jazzy the internationally acclaimed producer,Nigerian multi award winning producer,singer,song writer,CEO  Mavins record label, endorsements from Samsung and Loya, philanthropist is in it to win it and he is here to stay! Happy Birthday IDJA!