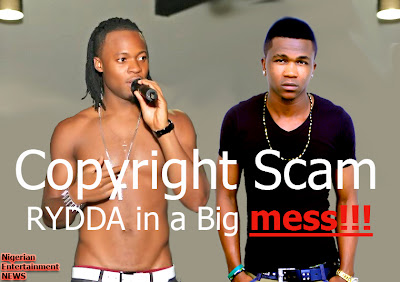 They also accused Rydda of ‘stealing’ the Instrumental, rhythm and rhyme used in the song with total disregard for their right as the only legitimate owners of the song

The hit song "Chinny Baby" was in the released Flavour's Blessed Album which dominated the Nigerian airwaves in 2012, while Rydda's "Confession" was released online in April 2013 and it's really driving fans crazy especially the Ladies..

Flavour's Manager was quoted as saying that, "we are consulting our legal advisers and we will pursue him [Rydda] in the right way..Efforts made to reach the management of the young Nigerian born entertainer Awadike Chukwudi Rydda proved abortive..Heard they are out of the country at the moment..