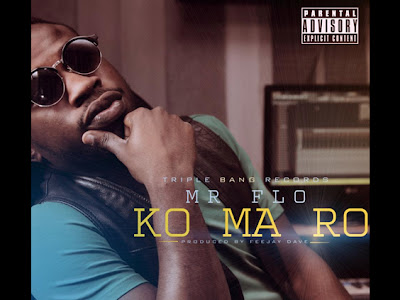 Akinbohun Akinfolarin Emmanuel (Mr Flo) is signed to Triple Bang Records and the Ondo state born singer is an Ukraine based Afro hip hop artist and entertainer. Growing up, he learnt how to play a series of instrument as well as later going on to sing with a live band. He started his musical career as back up singer and an Instrumentalist. He was formally under a record Label and entertainment called G platinum and was involved in bringing 2face Idibia to Ukraine but moved on to sign a deal mith Triple Bang Records where he has finest producers have offered their support.

Mr. Flo has also recorded various tracks and would be releasing them as the year folds up, ‘Ko ma ro’ is just the icing, which is accompanied with a video documentary released on his Youtube page – documenting one of his several studio sessions and creative process.