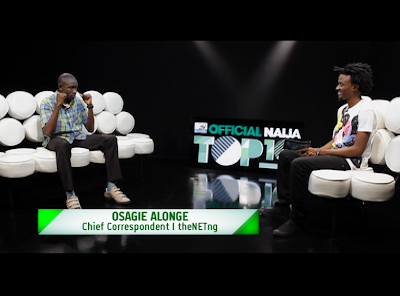 After two weeks at the top of the chart, Banky W’s “Yes/No” yields first place to “Ghostmode” by Phyno Feat. Olamide.

Former number one “Ihe Neme” by MTV Africa All Stars performer 2Face is settled in snugly at number 3, Lynxxx’s “Ezioku” stays firm at number 4 for the third week running.  Davido’s Gobe climbs to number 7 from his number 8 spot last week.