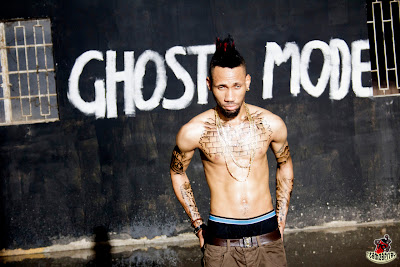 This week’s Official Naija Top 10 sees MTV Base VJ Ehis (@SpecialSlim) in the studio with DJ Caise from Beat FM as they run through the hottest contemporary music videos in Nigeria.

At the top of the chart is “Ghostmode” by Phyno feat. Olamide - the first ever number one slot for the Afro hip hop star on MTV Base’s authoritative music chart.

Flanking Ghostmode is former number one “Ihe Neme” by MTV Africa All Stars performer 2Face - enjoying a resurgence as he returns to the number 2 spot.  Other climbers include Lynxxx’s “Ezioku” which moves up one place to number 3, and “Asiko” by Darey Ft Ice Prince & Jozi – now weighing in at number 5.  Former number one Banky W slips to number 4 with “Yes/No”, while Davido’s “Gobe” holds firm at number 7.

Every week the Official Naija Top 10 is put together by an elite panel of judges comprising Nigerian broadcasters, music specialists and tastemakers, working with MTV Base to pick the winners and losers in the week’s chart. On the panel are Onos Ariyo, DJ Humility, DJ Jimmy Jatt, DJ Xclusive (Cool FM), Big Time (Rhythm FM), DJ Caise (The Beat FM), Toolz (The Beat FM) and Osagie Alonge (Nigerian Entertainment Today).