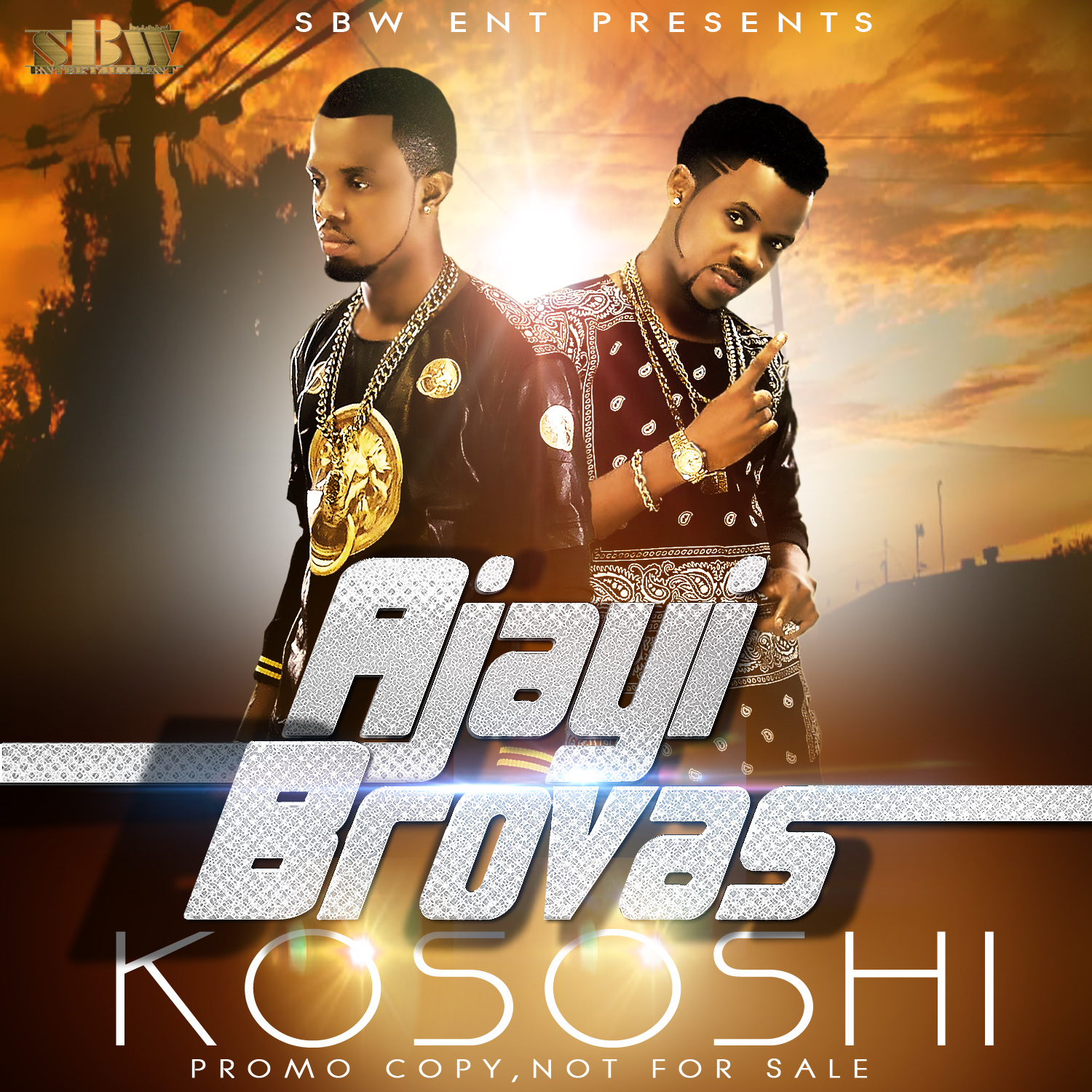 For those who have followed naija music closely for years, the name Ajayi Brovas will definitely ring a bell. Ajayi Brovas are not new in the industry their career goes as far back 2006 when they pitched tent with Coded Tunes clique before they were signed on by Alapomeji Records in 2008 as a recording artiste and backup artiste for 9ice . Both graduate of University of Ilorin, Their major solo release are little mama ft.9ice 2008, video directed by Clarence Peters, Gbodowa 2010 video directed by Sesan in London, Appetizer, a collaboration with 9ice in 2011 which is one of the major songs they're known for, video also directed by Sesan in London, and Get down remix ft. Terry G in 2011.
Its 2013, and the Ajayi Brovas are back, better and stronger under SBW Ent. with a brand new smashing single titled KOSOSHI produced by Cheepho.

Kindly look out for KOSOSHI Video (directed by Patrick Elis) like very soonest on your screen. @ajayibrovas