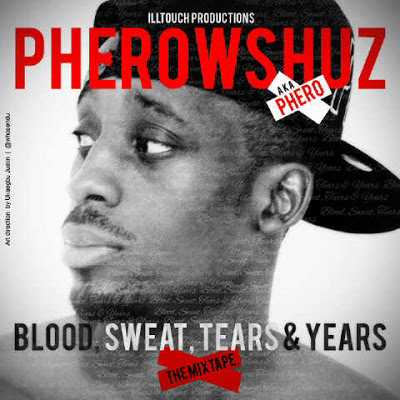 Pherowshuz is proud to present his new mixtape 'Blood, Sweat, Tears and Years' which represents his grind to the top layer of the rap game. If anyone has doubts concerning Pherowshuz's abilities both as a rapper and a producer- this mixtape will lay them to rest. Phero (for short) showcases his impeccable rap skills and credible production on #BSTY. He takes the art of sampling higher on several tracks on the mixtape.

"This mixtape has been a while coming. I am happy it is out. I am confident that it will make an impact in the game. I just put in my best so that the name Pherowshuz will mentioned when it comes to quality rap music" says Pherowshuz.

Now that he has wrapped up his mixtape, Pherow will continue working on his next album and the BANS compilation album.

5) Who's To Blame featuring Morell http://www.hulkshare.com/jydffskcu6f4

12) I Never Should feat. Fecko http://www.hulkshare.com/r29gu1djdm2o