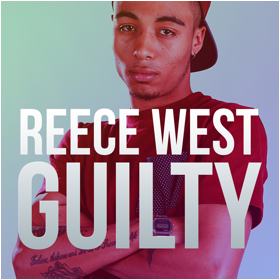 From North London hails Grime artist Reece West. A dub-step MC with 3 years in the game, Reece has definitely done more than enough to earn his stripes as one of the most exciting talents of the new Grime generation.

Growing up listening to the likes of Ruff Sqwad, Narsty Crew, Miridian and Newham Generals, it was inevitable that Reece was going to step into the booth himself. Having started out in a band at school where he also studied music, Reece West isn’t what many would see as a stereotypical Grime artist. With his musical ability and understanding, don’t be surprised if you hear the piano or the electric/base guitar feature within his music.

Always prepared to work hard and shape his craft, Reece West became resident MC for High frequency and hosted and performed on the world renowned Lord of the Mics 3 tour. Not resting on his laurels, Reece West has continued to perfect his live presence and increasing his fan base by playing at various showcases, most notably shows such as Matter (O2), Batchwood, Lock 17, Minstry, Pacha, SE1, Cable and Lock Lounge. Such exposure has enabled Reece to work with the likes of 360 mastering (Dick and Dave Turner and for Mediadisc (Fulum).

Already gaining support from online stations Phat beatz and Dupstep FM,  Reeces’ popularity and mainstay alone is going to make him one of the most exciting Grime artists of 2013