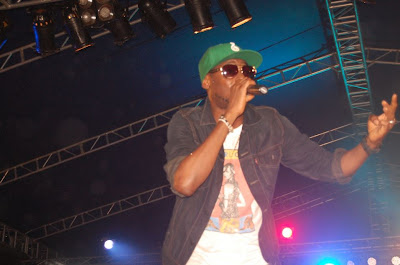 Despite the foul weather and the persistent downpour, music fans from Asaba, Benin, Nnewi, Owerri Enugu, Aba and other surrounding towns converged at the The Dome Event Center last weekend for what was billed to be the largest and most exciting concert Asaba has ever seen.
The all night event was the 7th leg of the popular pan Nigeria concert Star Music Trek  - with headliners including superstars 2face Idibia, Timaya, Mr. Raw, Naeto C, Sheyi Shay and many more.
Star Quest’s 2011 winners, Da Beatz opened the show with their catchy rhythms and infectious beats to get the crowd dancing. The band whose up-tempo beats have become its signature, utilized every minute of their performance to ensure that music fans who came early for the show were not disappointed.
A surprise performance by hip hop veteran, Eddy Remedy thrilled the massive crowd as many struggled to catch a glimpse of him as he performed the monster hit ‘Sha Ko Mo’ to the delight of fans.
A potent combination of high-energy dance steps, sensuous lyrics and pulsating beats is gradually ensuring that sultry songstress; Sheyi Shay becomes a crowd favorite wherever she goes.
Being the first of three females to perform on ‘The Trek’ this year, Sheyi left no doubt in fans’ minds that she is an ‘Irawo’; a star, as she sang and danced with her back up dancers to a medley of her hit tunes.
Naeto C and Mr. Raw who both marked their final performances on ‘The Trek’ had earlier promised Asaba fans hours of non-stop excitement. They effortlessly kept their words.
Naeto C who was accompanied by fast rising rap star XBUSTA who was discovered in Owerri by M.I for part of his set was cheered on repeatedly by his loyal fans who apparently had memorized his ever line and hook.
Perhaps Mr. Raw will rate his Asaba performance his best as the crowd was clearly eagerly waiting for him to mount the stage going by the loud cheers that greeted his announcement. And it was ‘Obodo’, as well as I’m in Love with an Angel, Ko Gba Dun, which found favour with the crowd.
According to one satisfied fan, his performance “was worth every minute of an almost 6 hour wait.”
The Egberi Papa 1 of Bayelsa, Timaya, fulfilled earlier expectations: a hat trick performance in the pouring rain. The artiste who brought the crowd alive again with his act spared no effort to engage his audience on each of his songs, promising fans an even more memorable performance on the 9th leg of the concert which will hold in Agege, Lagos.
It was a massive attack from music icon and international star 2face and his live band as he took the night to a deserved peak, with hit after hit from the early days of his career. By the time he switched over to his latest songs such as Spiritual Healing, Only Me, and others, the crowd was already in a frenzy - a state they remained until 2face finally bowed and closed the show.
Star Music Trek will still touch down in three locations - Abeokuta, Agege and Surulere.
The grand finale of the 10-week music tour will hold at the National Stadium, Surulere in Lagos on August 10, 2013. 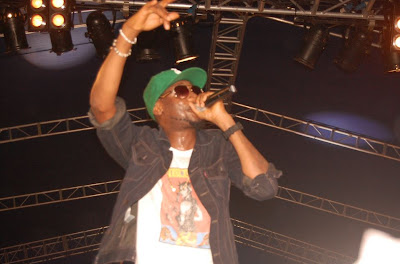 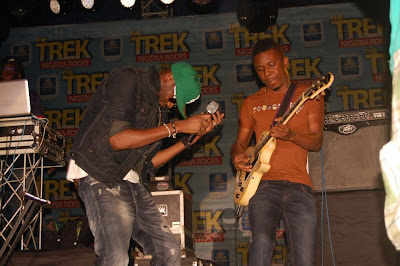 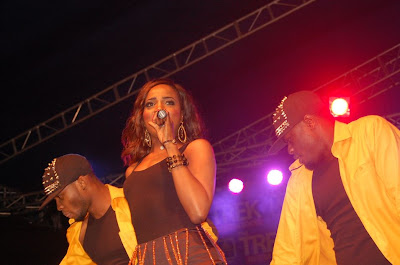 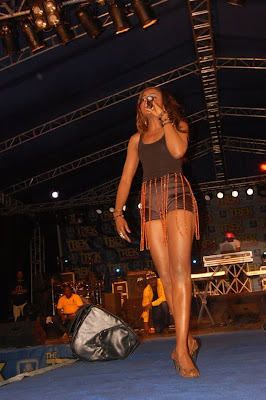 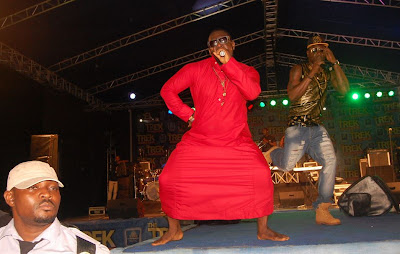 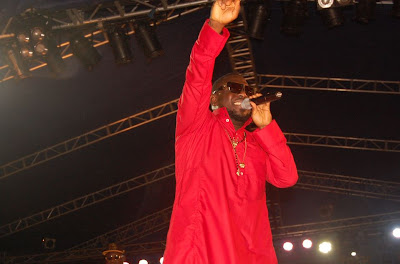 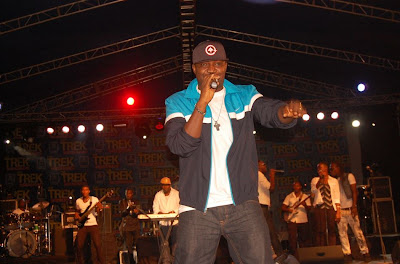 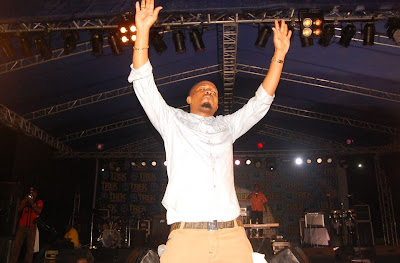 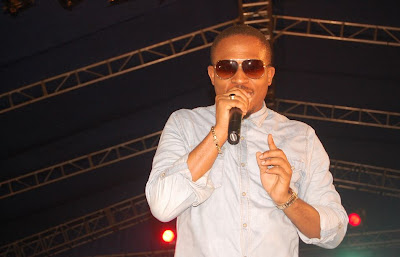 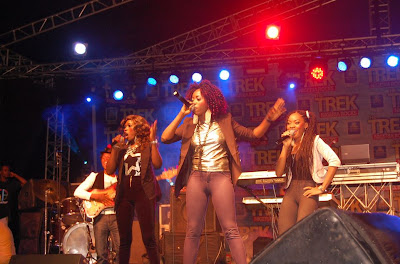 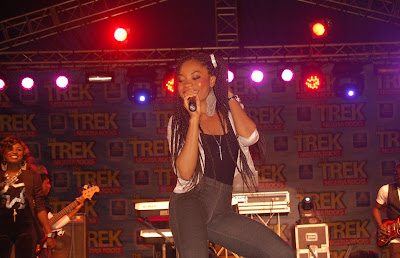