DATING: THE 5 TYPES OF GUYS EVERY WOMAN SHOULD AVOID IN THE DATING WORLD 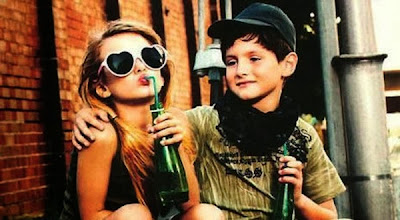 Although they say you should never judge a book by its cover, they never say anything about judging it after you read a little bit. On that same idea, think about how much time, energy and heartache you could save if you could determine if the guy you’re dating is, indeed, relationship material?

The first step in having an amazing and healthy relationship is to choose wisely. You can’t make the right decisions unless you know what to look for, thus getting out or avoiding a situation before you get in too deep and wind up heartbroken.

This article is going to focus on the certain types of guys that will always spell trouble and almost never be the right prospects for a healthy and successful relationship.

The One Who Gets Intimate Too Soon

If your guy is overly eager, it’s never a good sign. For one, he may act as if he’s extremely into you just to get you into bed as soon as possible. He’s the kind of guy that looks deep into your eyes and tells you he never felt like this with any girl before, especially this early in. This guy comes across as incredibly affectionate and might confuse even the most wary of women. If he’s the player type, this is all an act to get you into bed.

Alternatively, he might be a guy that’s just not over his last girlfriend. This can be spotted quickly if the guy starts to act as your boyfriend after only a couple of dates. This behavior isn’t explicative of his feelings, but more of the fact that he misses being in a relationship.

Finally, if he’s not a player or a guy who’s just getting out of a relationship, this guy might have some serious attachment issues or self-esteem problems. Either way, he spells trouble.

What to do if you’re dating him right now? It’s time to make the right decision and pump the breaks on this relationship. Don’t see him every time he asks; don’t get carried away with all sorts of cuddly feelings (“I’m so crazy about you”); try to keep things on the light side. If you’ve just started dating him, try to see him a maximum of two to three times a week. If he’s this kind of guy, he’s going to pressure you to see him more often. You have to put your foot down and not fall into this guy’s ploy.

You’ll know he has issues if he’s not respecting your decision to spend less time together. If he whines, guilt trips you, begs, or pouts, then there’s clearly something wrong. Remember, the man you’re dating should ALWAYS respect your boundaries.


The Guy With Obvious Commitment Issues

It really doesn’t matter what their issues are, the bottom line is that this guy can’t see himself in a relationship with YOU. DO NOT try to change his mind, turn him around, or make him want it. You’re just going to waste your time.

What to do if you’re dating him right now? You need to set things straight and leave if he won’t change. Tell him something along the lines of “Look, I’m not into the whole casual dating thing. It was great getting to know you, but I’m looking for something more serious.” If he really wants to be with you, he will make the commitment, if not, leaving him will be the best thing you’ll ever do. Do not make the mistake of trying to stick around to show him how amazing you are because it will get you nowhere.

When searching for a man, you should always look for confidence, ambition and stability. You can do without one of these qualities but never without two.

Studies have proven that compared to women, who gain their sense of self-esteem and worth from their interpersonal relationships, men assess their value based on their job or ability to have an impact on the world. If a man feels like he isn’t being productive, he will feel like a failure. A man that feels like a failure is an extremely difficult person.

If a man hates his job from every point of view, he may not have a high level of confidence, but this same guy is stable (because he has a job) and might have an ambition to change that.

A guy that doesn’t have a job and doesn’t know what he’s going to do with his life is a guy that will be too focused on himself and too damn lazy. He won’t have the drive to tune into your needs and desires. This guy will just bring you down with his negativity and will envy you if you seem to have everything together. Don’t look for the loving and caring partner here because you’re not going to find him.

What to do if you’re dating him right now? Do not tell him to get a job, change his job, or offer any other career or life advice. It will only make him feel more like a loser.

They key here is to make him feel better about himself in other areas of his life. The more you make him feel better, the more he’ll want to keep you around. He’ll soon realize how important you are in his life and will work to find his cause (or a better job) in order to KEEP YOU.

His “change” can take a very long time, which is why you should take him as he IS and not expect much change in the future. If you’re ok with how he is right now, you’ve made your choice, if you want a man that is ambitious, confident and stable in the new, then drop this guy and try to find someone better. If you can motivate him to change, that’s great, but if you lose ten years of your life with a lazy and confused man, don’t say you weren’t warned.

This is probably the most difficult one of the bunch since it’s almost impossible to read him. He can go from loving to hateful within minutes, and you’ll never understand why. If you give him too much attention, you’ll scare him. If you give him too little attention, he’ll be too afraid to make any moves. Show him the right amount of attention and he’ll just get bored.

These guys tend to create goddess illusions of the women they’re dating, and when time passes, and no women is able to live up to those expectations, they just vanish. I blame this behavior on their lack of intellect and ability to rationalize their feelings (as most men often do).

What to do if you’re dating him right now? I wouldn’t worry too much about where this is going, as this guy is usually worse off than the jobless guy, and it will probably take him at least double the time it takes the other guy to get his act together (if he ever does).

If you find yourself involved with such a guy, have your fun, then be done with it. Keep things casual, hope that the sex is good, but don’t get involved emotionally. If it’s really meant to be, then you’ll make it be, but chances are, that’s not really going to happen.

The Guys Who’s Always In A Relationship

Take extreme caution when dating a guy that goes from one relationship to the next without any time in between. The best place for a person to hide from his or her self is in a relationship. Understanding this is very important because this guy has a lot of unresolved issues and painful feelings buried deep down inside him.

There’s a big chance that he has never actually healed from his past relationships and hasn’t had a chance to develop an identity outside of a relationship. The stranger thing is that he has probably reached a point in which he only sees himself only through the eyes of the person he’s in a relationship with, and has probably shaped his self-image purely based on what is reflected back at him.

What to do if you’re dating him right now? Take it slow and keep an open mind. Do not commit or become official too soon (first few months of dating). Give him the space, which he doesn’t know he needs, to work through all those residual feelings or whatever else he has lingering from his last girlfriend (and the ones before).

If he starts to pressure you, let him know that since he just came out of relationship, you want to take it slow. If he asks a lot of questions, tell him that you’re afraid he might still have feelings for the ex and he should take a few weeks to himself if he wants.

You might think that letting go of a guy that has potential is a bad idea but believe me, if he really has potential he will take those weeks off and come back to you. Quality men will never let quality women slip from their fingers and will often do whatever is necessary to get that quality woman.


This is the sort of stuff I discuss on my blog and in the free eBook I give out. If you want to increase your love life’s success, visit TheSingleWomanGuide.com – a place where the conventional “dating mindset” is thrown out the window in favor of more direct and fruitful methods of meeting, attracting and keeping a quality man in your life.