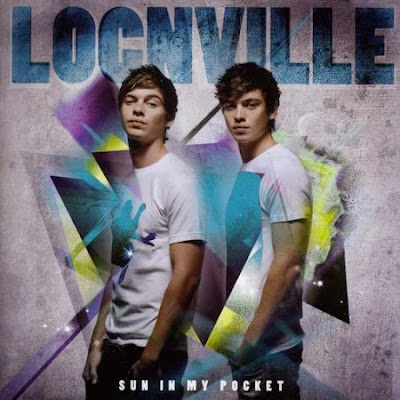 South African pop duo LCNVL has been voted the Best African Act for the “2013 MTV EMA”.  For the past six weeks, MTV has given fans around the world the chance to vote for their favourite hometown artists to help them win the “Best Act” title in their respective market. LCNVL will now move on to the next phase of voting to try to secure a spot to represent the region in the Worldwide Act category at the “2013 MTV EMA” broadcasting live on MTV (DStv Channel 130) on Sunday 10 November at 22:00 CAT from the Ziggo Dome in Amsterdam.

This year, 186 of the world’s hottest musical acts have enjoyed the MTV EMA spotlight as nominees in the Worldwide Act voting competition. These artists span genres from Mandopop to indie-rock and Afrobeats to electro-house and hail from 126 cities and 29 small towns across 51 countries.  The other contenders who had been in the running for the Best African Act award were Mafikozolo, P-Square, Wizkid and Fuse ODG.

LCNVL, the brainchild of twin brothers Brian and Andrew Chaplin, have been South Africa's most successful pop act of the past 5 years, selling over 100,000 physical albums, winning the SAMAs for Best Selling Album and Best Newcomer, and touring the world, playing alongside the likes of Justin Bieber, Taio Cruz, Mike Poser and Jason Derulo. Starting today, LCNVL will now go head-to-head against Yo Yo Honey Singh from India and Ahmed Soultan from the Middle East for the chance to be one of 10 finalists to reach the last round of the Worldwide Act category.

Commented Brian Chaplin from LCNVL, “It's truly an honour to go through to the next round of the MTV EMAs! Everyone has been amazing with voting, so I send huge thanks to everyone who's put in their vote! I'm really excited to see what comes next!”

LCNVL’s Andrew Chaplin said, ‘I did my jumping thing; this is amazing news! I honestly didn't know what the outcome would be, so it is a serious sense of relief to be in the know!”

“The Worldwide Act segment is a clear example of how the MTV EMAs has evolved from a pan-Euro focused show into a truly global event celebrating the year’s biggest music artists. Fans around the world are able to vote for their favorite local music heroes and ultimately drive the results,” said Bruce Gillmer, Executive Vice President of Talent and Music Programming/Events, Viacom International Media Networks (VIMN). “The MTV EMA highlights the biggest and best international and regional superstars, and we’re really looking forward to celebrating all of this incredible talent in Amsterdam.”

The MTV EMA – MTV’s global celebration of the hottest stars in music – recognizes artists from around the world and across genres, and brings together fans for a one-of-a-kind experience in the weeks leading up to and at the show. Fans can vote for EMA categories such as Best New, Best Live and more by visiting www.mtv.co.za or www.mtvbase.com. Voting for EMA award categories is open until 00:59 CAT on Saturday 9 November 2013.

Bruce Gillmer and Richard Godfrey are Executive Producers for the “2013 MTV EMA”.

The “2013 MTV EMA” will air across MTV’s global network of more than 60 channels reaching nearly 700 million households around the world as well as through syndication. In addition, its convergent programming and content will reach the entire interactive community, via MTV’s 200+ digital media properties around the world.