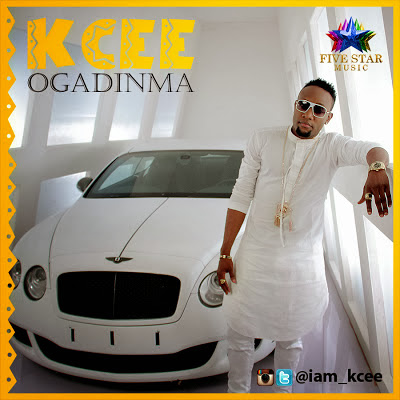 The #PullOver Sing and Win Contest, which is KCee’s way of rewarding fans (with $3,000, IPADs and Galaxy Phones) for standing by him from rejection to ATTRACTION in the Music Industry has not seen its winner but For emerging the first to get 40 Views in KCee’s #PullOver Video Contest, KCee rewarded Yung Rex with an IPAD and a Samsung Galaxy Phone, here are the Photos:http://bit.ly/KCEE-GIVES.

This is one of the many from KCee as he counts down to his album release, There is still $3,000 up for grabs in the contest.

A Friday on which KCee’s Debut Album: ‘Take Over’ will hit stores, shelves, and Streets. Thank God it won’t be another Friday. It's going to be a HISTORIC KCEE-FRIDAY!.

Six days until the November 1st release, date of Take Over, KCee’s Debut Album, the high-flying Revelation of the Year has released, yet another new Single, and this one is titled: OGADINMA

Said Soso Soberekan, KCee’s Manager, “At 5-Star Music, we are humbled by the success of Single after Single KCee has released so far and we are determined to continue being more successful.

"So we are confident this OGANDINMA will tread more hit-paths than the ones before it.

"For us, releasing OGADINMA is more than a Release: it is a preparation; a forerunner-Track, if you like, for KCee’s Forth Coming Debut Album which would be released on the 1st of November, this Year."

OGADINMA is a claiming, soul-piercing, and winding-down rendition.

It is produced by Del B, the same Wonder-Producer on Limpopo, Pull Over, Okoso by KCee – the undisputed Pull-Over Champion.