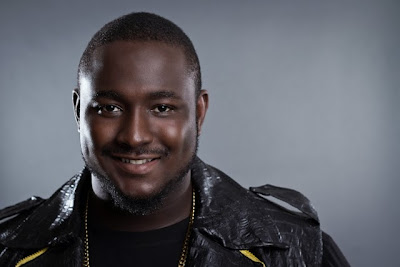 Moses Obi, the winner of Nigerian Idol season 3 is on the verge of releasing his first album.

Already, the talented and widely- loved singer has released three singles: Love In The Air, Number One and Love Letter Featuring Eva. Within a short space of his release, the songs are already getting rave reviews from music critics all over the country and in addition have been getting steadily increasing airplay from radio stations nationwide.

“I am happy about the positive response towards the new singles. Since leaving the Idols house, I have taught myself to be a total artiste and it was what I have learnt since leaving Nigerian Idol that I am putting back in my album. I am more than grateful for the experience, and I am improving my craft everyday” Moses Says

Moses broke into limelight and entered the history books after his great performances on Nigerian Idol. The months that followed saw him grow to be a hardworking and strong singer.

Right now I am in the studio with really talented artistes, songwriters and producers. I am putting a whole lot of energy into my first album because the expectations are high. I am not scared but challenged to produce an album that will reflect who I am artistically as well as make an impact in the Nigerian music industry, and I am sure with God, I will do this” He says.

Twenty two year old Moses Obi was born into a family of six. He hails from Delta State and studied political science and public administration in the University of Benin. He is presently signed to Optima Media Group, producers of Nigerian Idol. His first video, which was shot on Thursday October 3, 2013, will be released in a matter of weeks

His first album will be available in all major outlets and stores nationwide as well as on the Internet.