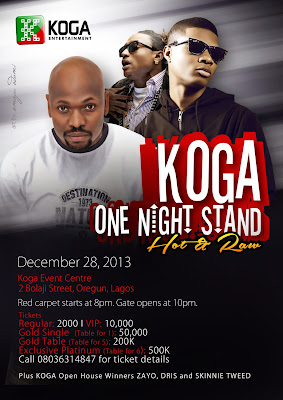 Popular On air personality Yaw, has been announced as the host for the December edition of Koga One Night Stand holding onSaturday December 28, 2013