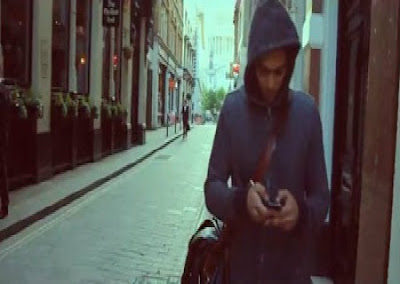 L Marshall returns with the second in a four part video release surrounding his brand new music project ‘Kiss The Fire’. Following on from the lyric video for ‘Fire’, the release of ‘At Last’ sees a fresh faced L Marshall exploring a much deeper side of his journey through his musical career and expresses a sense of pain, emotion and gratitude throughout the track.

Known for his previous successes with the likes of his huge solo single ‘Castles’ which gained over a million hits on YouTube to his feature on Wretch 32’s ‘Traktor’, (which he also co-wrote), L Marshall is also responsible for penning the number 2 hit ‘How We Roll’ for Loick Essien and ‘One Thousand’ on Cheryl Cole’s album.

The release of ‘At Last’ comes from the 11-track body of brand new material entitled; ‘Kiss The Fire’ which is released 09/06/13. Releasing a music video every two weeks over an 8 week period ‘At Last’ is the second in to be released and the first to feature the talented singer himself. Classed as neither a mix-tape, or an E.P ‘Kiss The Fire’ showcases L Marshall’s capability of singing, songwriting and rapping.

Check out the video for ‘At Last’ below: