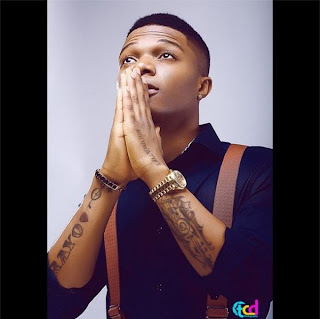 Star boy entertainment head and EME singer, Ayo 'Wizkid' Balogun, made it to the top eight non-American summer song of 2013 courtesy of his hit track, 'Azonto'.
According to American entertainment online newspaper, FeedBuzz.com, Wizzy, whose 'Azonto' came 3rd on the chart, is the only African artiste who made the list.


4. "This Love" by Shinhwa (South Korea)
The song talks about the fragility of true love, which goes along with the slow piano at the beginning and ending. It also features a lot of voguing in its choreography, a rarity in boy band territory.
Watch video :

5. "Invader Invader" by Kyary Pamyu Pamyu (Japan)
The eternal 12-year-old who brought you the masterpiece called "PonPonPon" releases her latest single, which is currently at #3 in Billboard's Japan Hot 100.
Watch video :

6. "This Is What It Feels Like" by Armin van Buuren feat. Trevor Guthrie (Netherlands)
Bringing the beauty of trance music to the beach houses this season. The special appearance of Ron Jeremy in the video should not be missed.


7. "Big Banana" by Havana Brown feat. R3hab and Prophet (Australia)
Not-so-subtle lyrics aside, the synth hooks from this track is beach-party-worthy.
Watch video:

8. "Get Lucky" by Daft Punk feat. Pharrell Williams (France)
Sure, the track features an American artist, but not including this French EDM duo in this list would be like not putting on sunscreen before heading to the beach
Watch video :