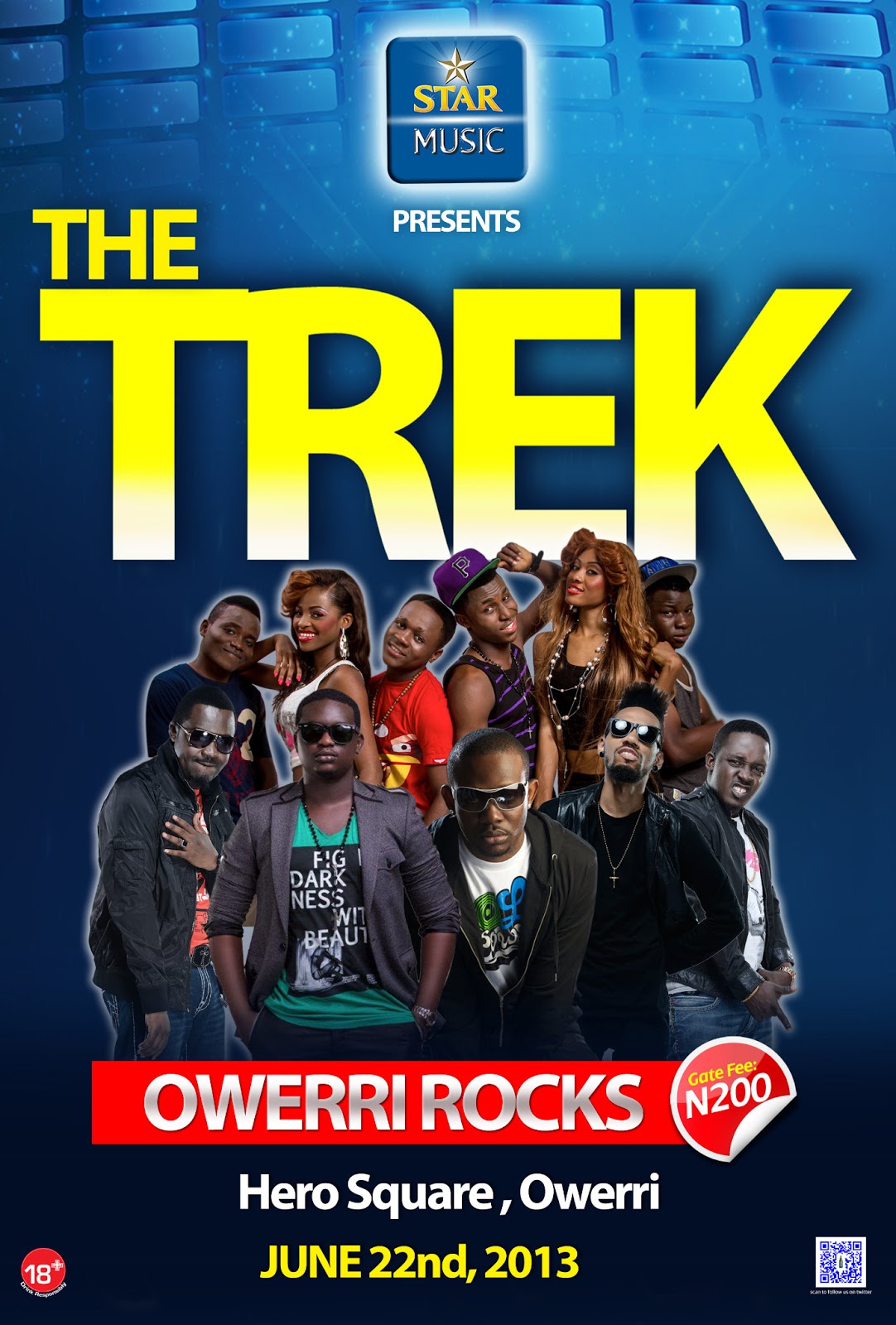 This week, MI, JMartins, Phyno, Wande Coal, MrRaw and other artistes will be appearing in the ‘Heartland’, Owerri the entertainment hub of the east where eager fans from the city and surrounding areas such as Abia, Aba and Enugu are already getting ready for the 3rd leg of the exciting annual music tour.


The concert, which is hosted this year by comedian and compere, Gbenga Adeyinka will hold at Hero’s Square,in Owerri on June 22, 2013.


According to rapper and label boss, MI, fans in Owerri who have been awaiting this Saturday’s show, can be sure of 3 things: great music, fantastic artiste performances and lots and lots of amazing surprises.


“It’s always an awesome time at each Star Music Trek Concert, our fans can attest to that. Owerri’s event will bring the brightest and best of our artistes on one stage, I’m sure many music lovers are looking forward to that,” he added.


Adding to that, artiste JMartins noted that the concert would be a great time to hang out with friends and just generally have fun. “Every Star Music Trek concert brings something different and that’s what attracts the thousands who come out, rain or shine, for every show. “It’s real, it’s exciting and worth every minute spent there for both the performers and artistes.”


Music fans in Aba, Abeokuta, Agege, Asaba, Enugu, Nnewi, and Surulere are not left out as the concert will also tour these cities over the next two months.


The Star Music Trek Presents ‘The Trek’ ends with a major finale on August 10th at National Stadium, Surulere, Lagos.