ALEX OKOSI NAMED ONE OF AFRICA’S “50 TRAILBLAZERS UNDER 50” 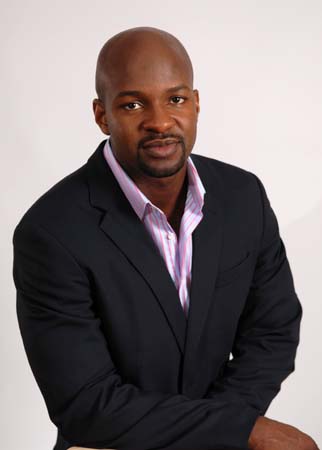 Alex Okosi, Senior Vice President and Managing Director, Viacom International Media Networks (VIMN) Africa, has been recognised by New African Magazine in its list of “50 Trailblazers Under 50” who are realizing significant achievements in their specific field of endeavour (issue #528, June 2013).

Created to celebrate 50 years of the OAU/AU, the “Trailblazers” feature identified individuals who are “breaking ground, making Africa proud and propelling it into a future of great hope.”

Okosi, 38, was listed alongside notable names from the fields of culture, politics, economics, business, sports, fashion and philanthropy including US President Barack Obama, footballer Didier Drogba, actors Idris Elba and Charlize Theron and fashion designer Ozwald Boateng.
Okosi, who has recently been appointed a Young Global Leader for Africa by the World Economic Forum (WEF), said: “I am tremendously honoured to be named alongside some of the most impressive and visionary individuals in Africa and further afield, who - like myself - are working in their different spheres to create a bright and promising future for the continent.”
In 2005, Okosi was responsible for realizing MTV’s long-held ambitions on the African continent with the conception and launch of MTV Base - MTV’s first localized channel for Africa.  Three years after launching MTV Base, Okosi went on to launch Nickelodeon Africa, a 24-hour Nickelodeon service for African kids, followed in 2011 by Comedy Central, a non-stop comedy channel for Africa. Okosi continues to develop VIMN's brands including MTV, MTV Base, VH1 Classic, BET, Nickelodeon and Comedy Central, across the region on multiple media platforms.

In November 2008, Okosi achieved a personal and MTV milestone by launching the first ever MTV Africa Music Awards (MAMA) in Abuja, Nigeria, saluting and celebrating contemporary African music and artists around the world.
In front of the camera or behind the scenes, Alex Okosi has tirelessly supported initiatives that motivate, empower and educate African youth, including Choose or Lose, a youth voter mobilization campaign (2011 Nigerian elections), MTV Base Meets, an initiative in which leading influencers connect with young Africans and MTV Making the Video (in which international video directors exchange skills with African film-makers). He also lends major support to the MTV Staying Alive Campaign - MTV’s HIV and AIDS awareness and empowerment campaign. More recently, the second series of award-winning sex-and-relationships drama Shuga: Love, Sex, Money made waves around the continent with its uncompromising focus on real relationships among Kenyan youth.