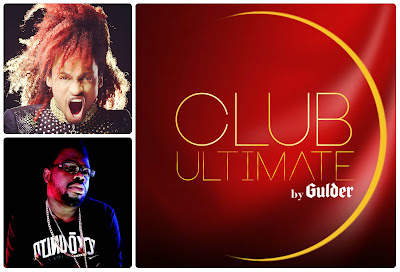 In the 2010 hit song “Lagos Party”, award-winning singer and songwriter; Banky W declares the Lagos Party to be the ultimate party experience. So when Nigerian Breweries’ very own premium beer brand Gulder decided to organize a mega club party known asClub Ultimate in PortHarcourt, it made sense that they also decided to take the famous Lagos party experience to Port Harcourt.
But even the most celebrated party planners in Lagos, will grow green with envy; were they to experience the special package that Gulder has in store for guests this Friday night at Club Ultimate.
Tipped to be one of the most entertaining events to happen in 2013.  Club Ultimate is scheduled to hold this Friday 26, July 2013 at the Aztech Arcum, stadium road, Port Harcourt by 10pm.
Leading the Party train of celebrities from Lagos to Port Harcourt are Channel O VJ; Denrele Edun and Dj Humility. Denrele will be lighting up the red carpet event with his amazing personality and charm. He’ll also be hosting the main event. While Dj Humility will be battling Port Harcourt’s very own Dj Kelvin for the entertainment of the guests.
Part of the main highlights for the event is a series of performances by mystery guests from around the world whose identities Gulder is not yet willing to reveal to the press.  Senior Brand Manager Onyeka Okoli says,  “It’s a surprise. Port Harcourt city should expect more fun than they can handle”

Some of the biggest celebrities in Port Harcourt are also expected to attend Club Ultimate.