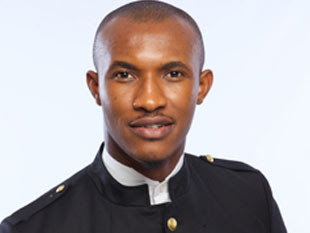 Everyone who comes to the ‘Trek’ finds out one important fact, every audience is spontaneous, extremely demanding, and yes, sometimes crude.

Tinsel’s star act, Gideon Okeke who co-compered the grand finale of the Star Music Trek with Gbenga Adeyinka apparently, is aware of that fact.

Because if there was any time the popular actor had to put his skipping skills to use it was at the grand finale of Star Music Trek which held on August 10th at the National Stadium Surulere, as he dodged cups and sundry objects fired by the jocular audience.

Sensing the enormous task before him, the young thespian therefore laid down his acting skills and put on the garment of survival as he strived to engage restless music fans through out the riveting event.

In recognition of his enormous efforts, this silent observer has awarded him the first But Why Me Award.

Here’s hoping that in time, Mr. Okeke, becomes more comfortable engaging with the kind of fans that come out to The Trek. 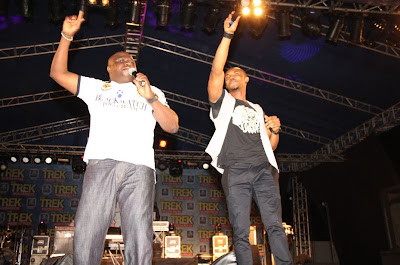 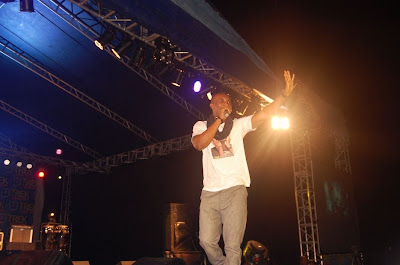