ALL THE CITY'S IS A STAGE: BRITISH COUNCIL ANNOUNCES LARGEST EVER THEATRE FESTIVAL IN LAGOS 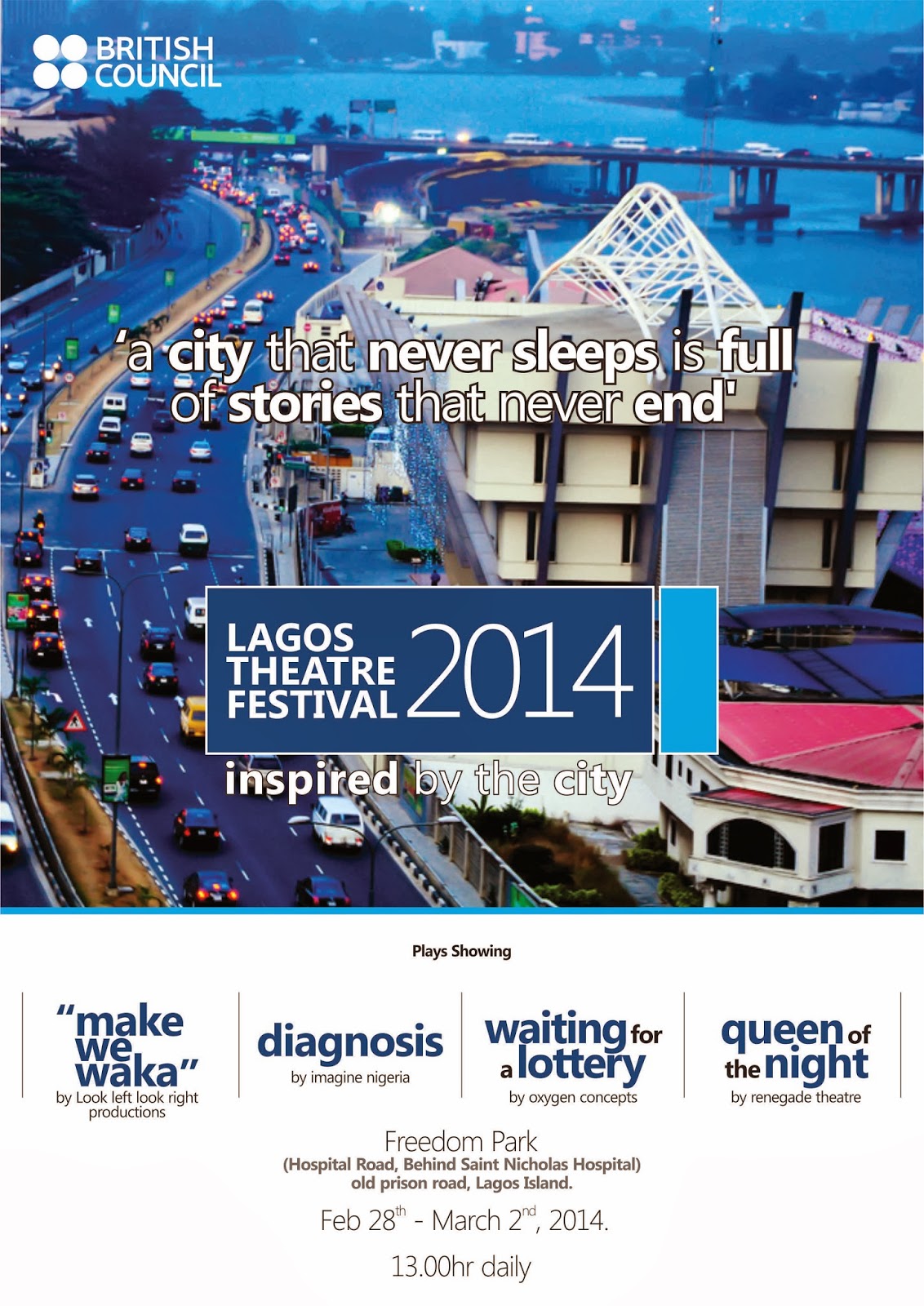 The British Council today announces the 2nd edition of the Lagos Theatre Festival, the largest ever outdoor theatre festival to take place in the city which will run from 28 February  to 2 March 2014 at Freedom Park Old Prison Road, Lagos Island from 1:00pm daily.

Part theatrical experience, part real life, part city journey the festival will transform historic Freedom Park , a public space born out of the ruins of a colonial prison and reconstructed to preserve the history and cultural heritage of Nigeria.

Look Left Look Right, a Multi award winning interactive theatre company based in the UK will premiere their new production Make We Wakka a collaboration with Nigerian performers that invites the audience to take part in an intimate promenade performance, exploring the hidden corners of the space. Using an audio guide, participants will delve into the world of the Park and the stories it has to tell.
Other Plays Showing at the festival

"Waiting For A Lottery" by Oxzygen Koncepts

"Queen of the Night" by Renegade Theatre

The British Council has teamed notable writers with Lagos based theatre groups Renegade Theatre, Imagine Nigeria and Oxzygen Koncepts to work on the festival which is being managed by a team of theatre producers including Kenneth Uphopho, Daniel Effiong, Brenda Uphopho, Ifeanyi Dibia and Bukky Sanu.

The first edition of Lagos Theatre Festival took place in February 2013  at Eko Hotel & Suites. It brought together thousands of curious people who witnessed plays performed inside an underground car park, a garden, a restaurant and a hotel bedroom.  Work showcased included productions by three local theatre companies as well as British-Nigerian playwright, poet and actor Inua Ellams who performed his award winning play The 14th Tale.